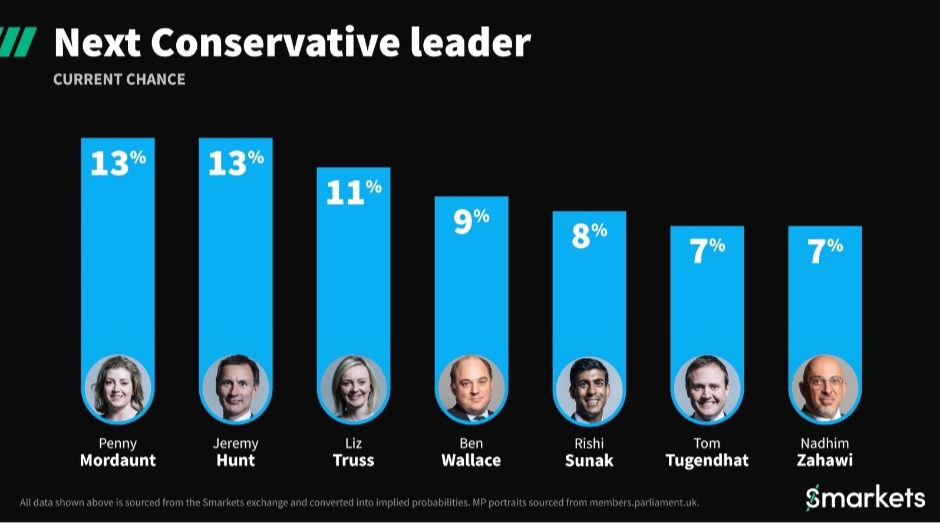 The chart from Smarkets shows the latest betting on who will be the next Conservative leader. The big change is that Jeremy Hunt’s position at the top of the betting has now been moved and Penny Mordaunt takes his place.