It’s nearly a decade since LAB last made a by-election gain – politicalbetting.com 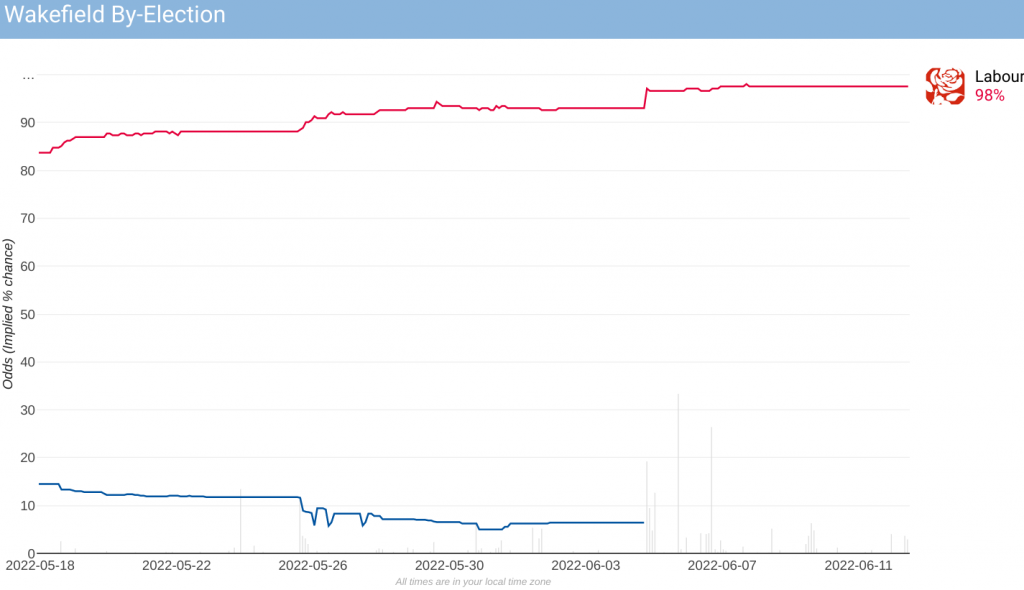 It’s nearly a decade since LAB last made a by-election gain – politicalbetting.com

In looking over the prospects for next week’s Wakefield by-elections I was quite surprised to discover that the last time that LAB made a by-election game was in 2012. This was at Corby in November of that year to fill a vacancy created by the CON MP, Louise Bagshaw resigning her seat for family reasons. Labour turned a 1,951 deficit at GE2010 into a majority of 7,791 – a CON-LAB swing of 12.7%.