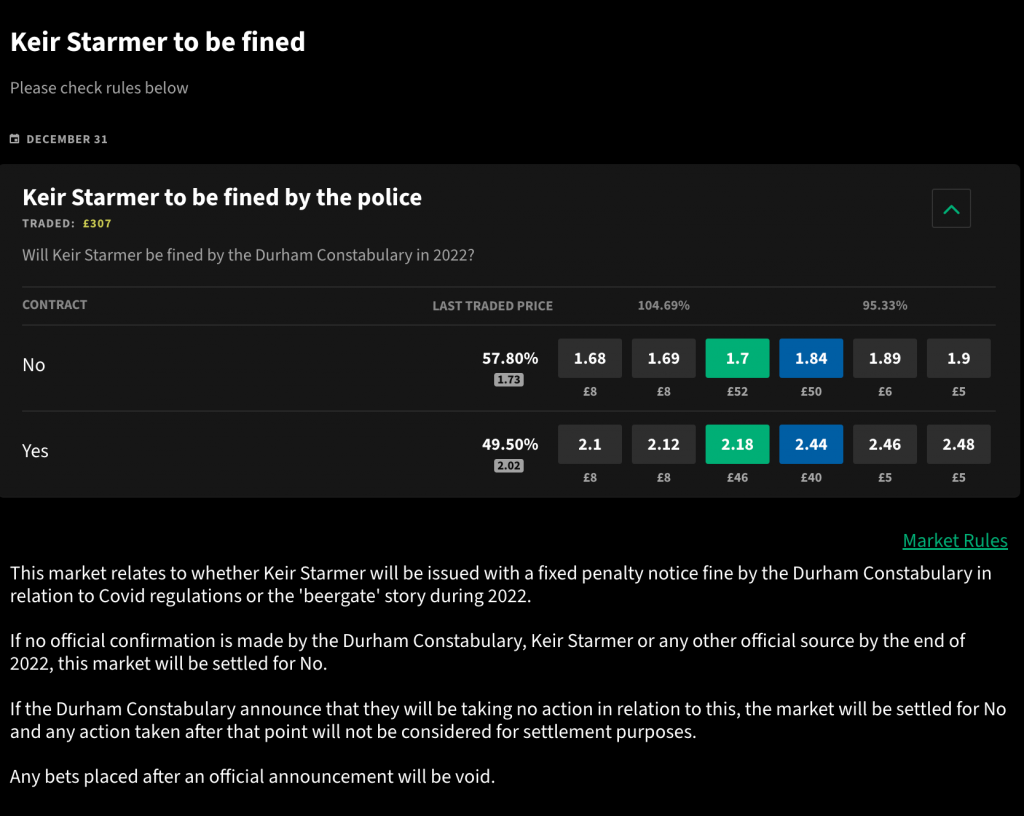 At the start of 2022 I never expected to be writing a thread on a betting market on Sir Keir Starmer getting a penalty notice for breaking Covid-19 regulations, quite frankly Starmer seems a bit vanilla and boring to be breaking any rules but thanks to Smarkets you can bet on this market.