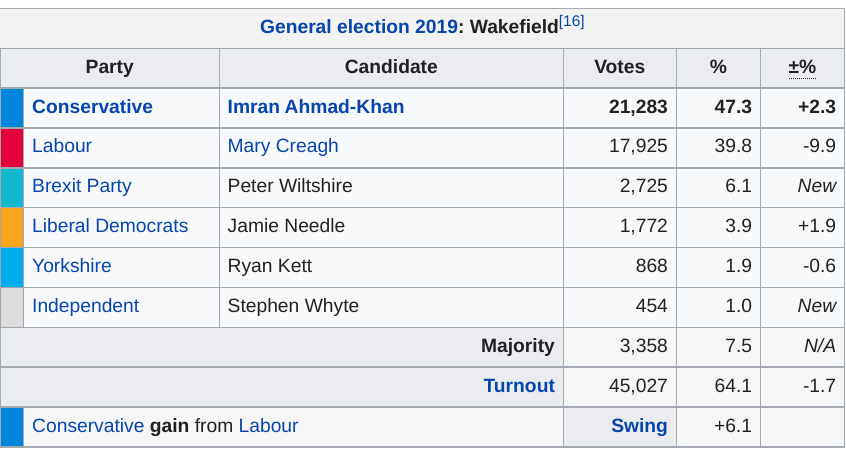 This afternoon’s conviction of the man elected at GE2019 as the Tory MP for Wakefield opens the possibility of there being a parliamentary by-election in the seat .