Poll suggests that the LAB lead would be just 3% with PM Sunak – politicalbetting.com 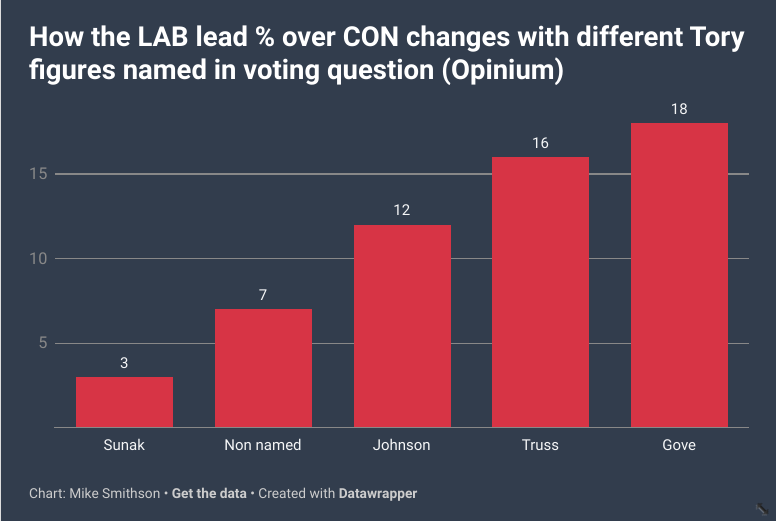 Poll suggests that the LAB lead would be just 3% with PM Sunak – politicalbetting.com

With just the possibility of a Tory leadership election then we should expect more “named leader” polling as featured in the Guardian this morning. This, I should state, is a very controversial form of polling that is likely to come under fire from supporters of those Tory figures, including Johnson, who come out of this badly.