The front pages sum up the worries about Christmas – politicalbetting.com 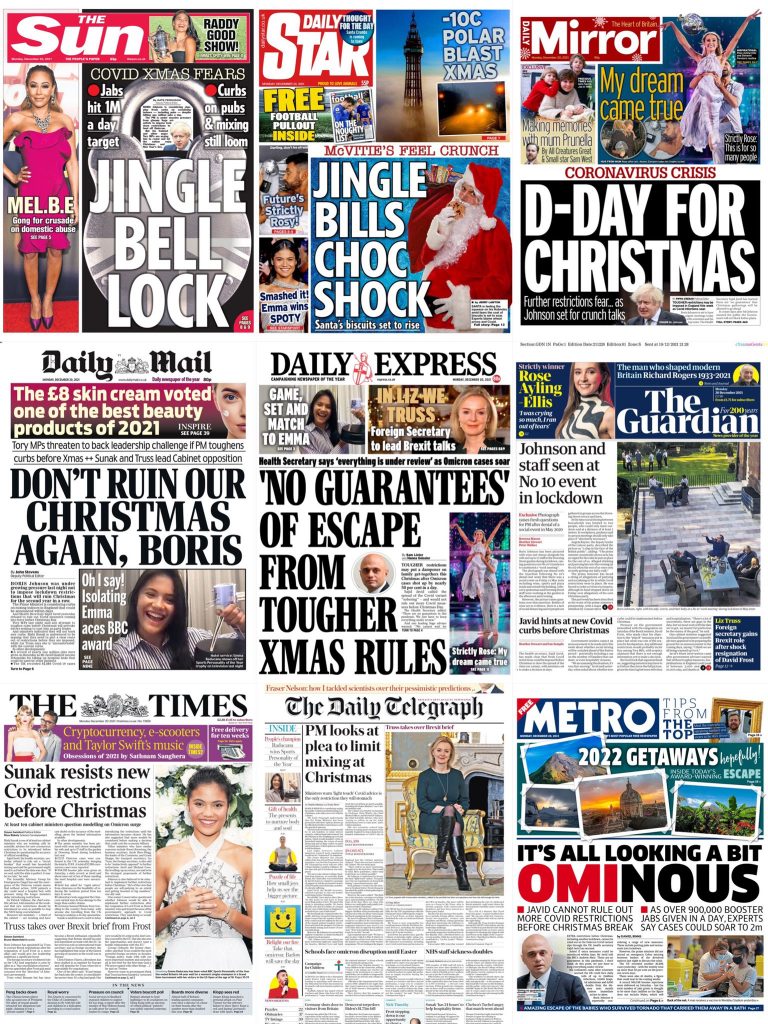 The front pages sum up the worries about Christmas – politicalbetting.com

This is a tricky one for Johnson because as we all recall last year when a lockdown was brought in at what appeared to be the last minute. Now faced with the awful increasing COVID numbers a decision will have to be taken. This is one that cannot be ducked.