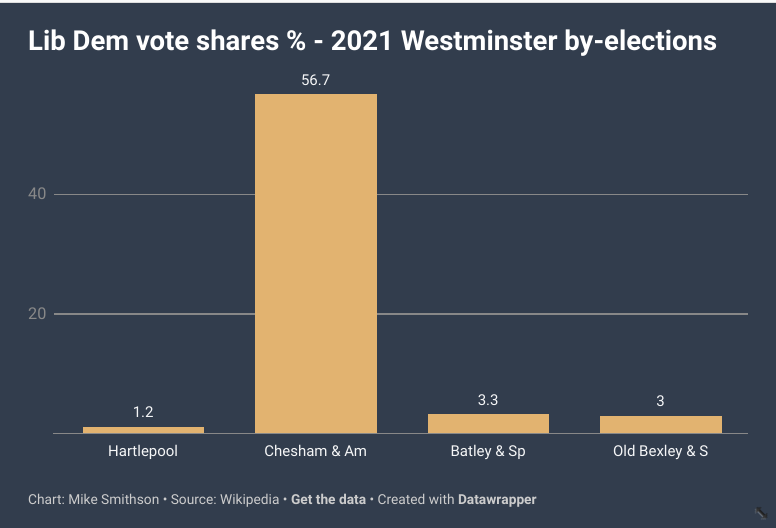 There was a time when a Lib Dem lost deposit at a Westminster by-election was seen by commentators as evidence of decline. Well no more. The chart shows the party’s shares at the four English by-elections so far in 2021 which illustrates the strategy and how it is working.