A CON election majority down to a 36% chance in the betting – politicalbetting.com 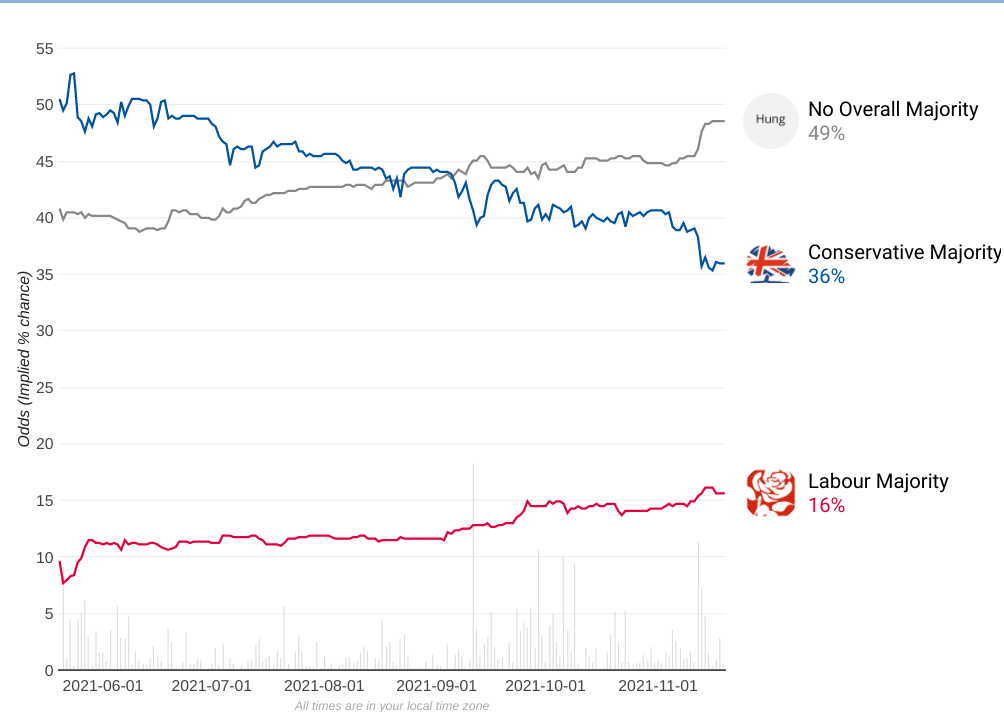 A CON election majority down to a 36% chance in the betting – politicalbetting.com

We have not looked at this betting chart for some time but clearly the chances of Johnson getting a second successive majority have taken a hit in recent months and are now at their lowest point since March. There is a similar pattern in the Johnson exit date betting.