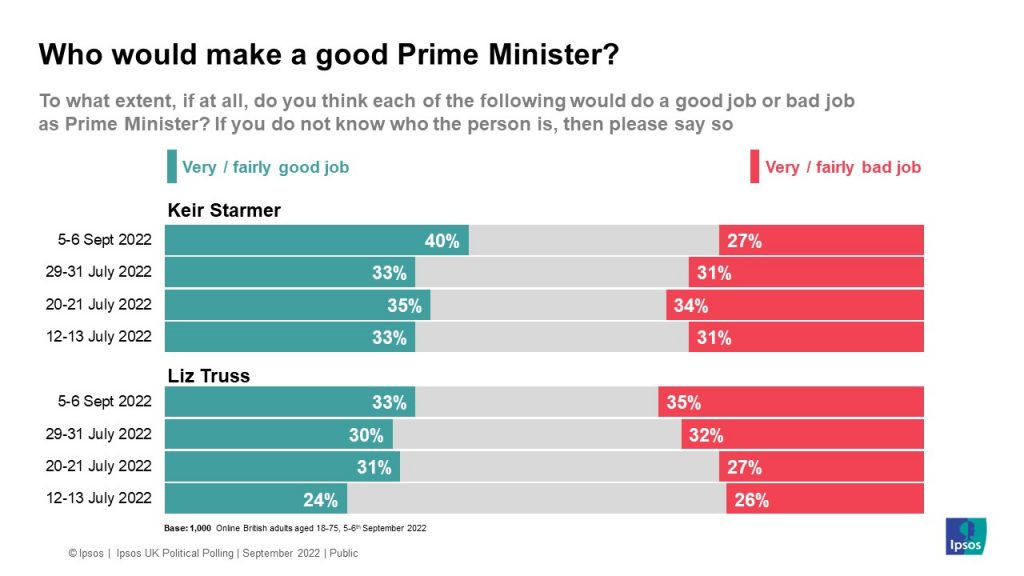 As can be seen from the Ipsos chart Starmer has a net 13%+ rating (40% positive less 27% negative )on this measure from Ipsos in a poll carried out entirely after Truss became PM. She on the other hand is on a net minus 2% so the gap between them is fifteen percentage points.