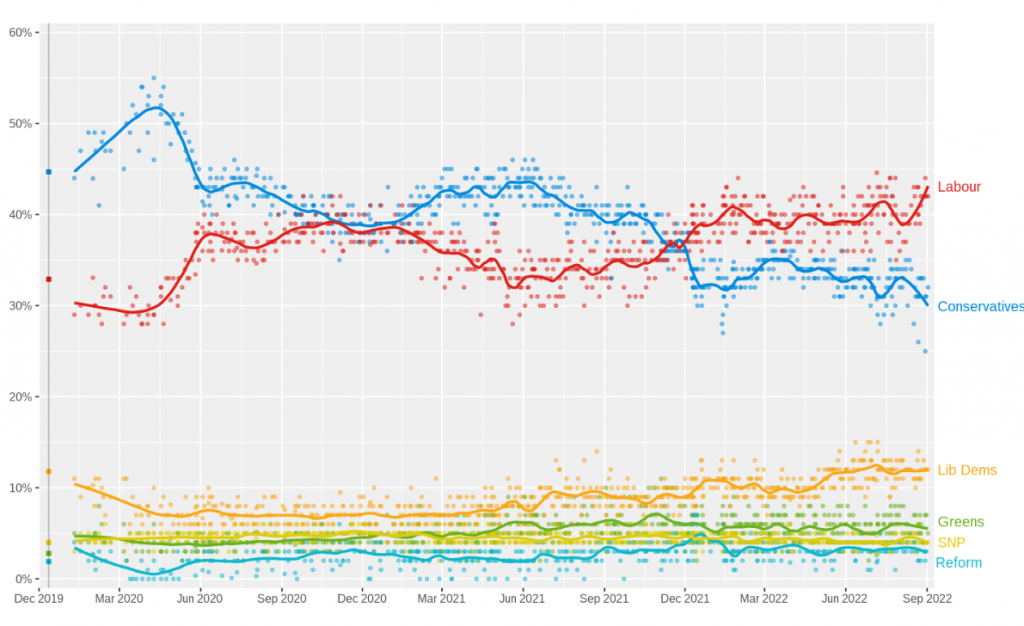 Above is the Wikipedia polling chart showing how things have moved in the GB national opinion polls since the December 2019 General Election. The trend lines are local regressions.