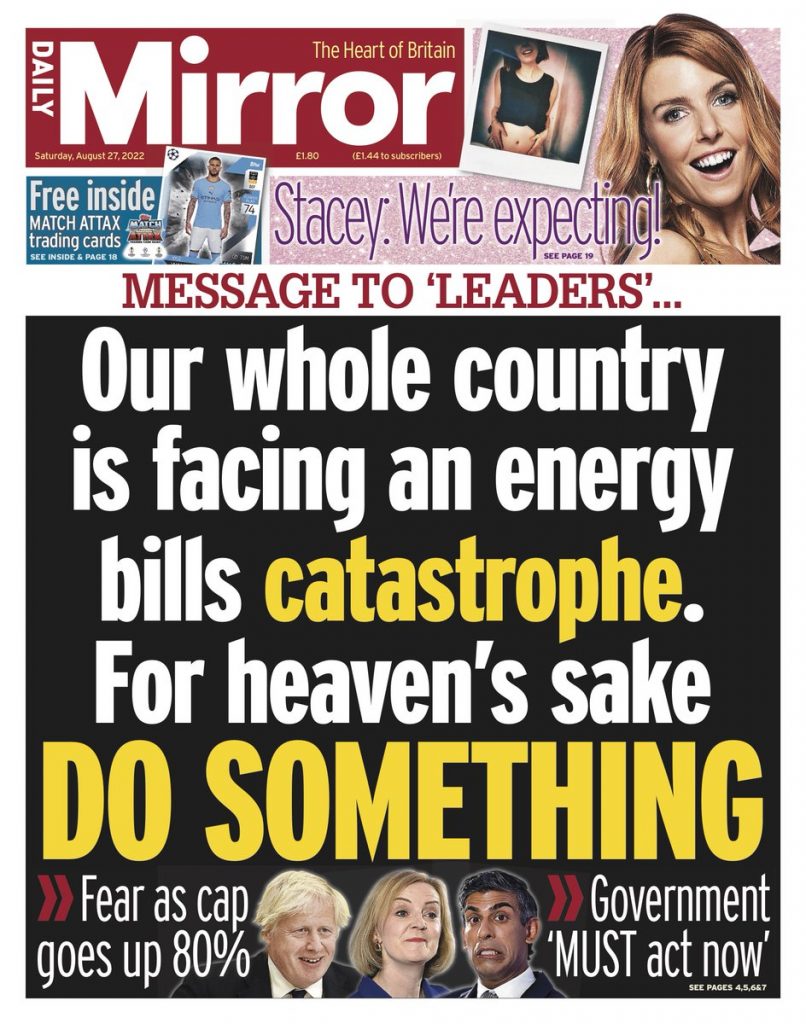 One of the problems about the timing of the leadership contest is that less attention is being paid to the coming disaster that will be created by the sharp rise in energy prices.