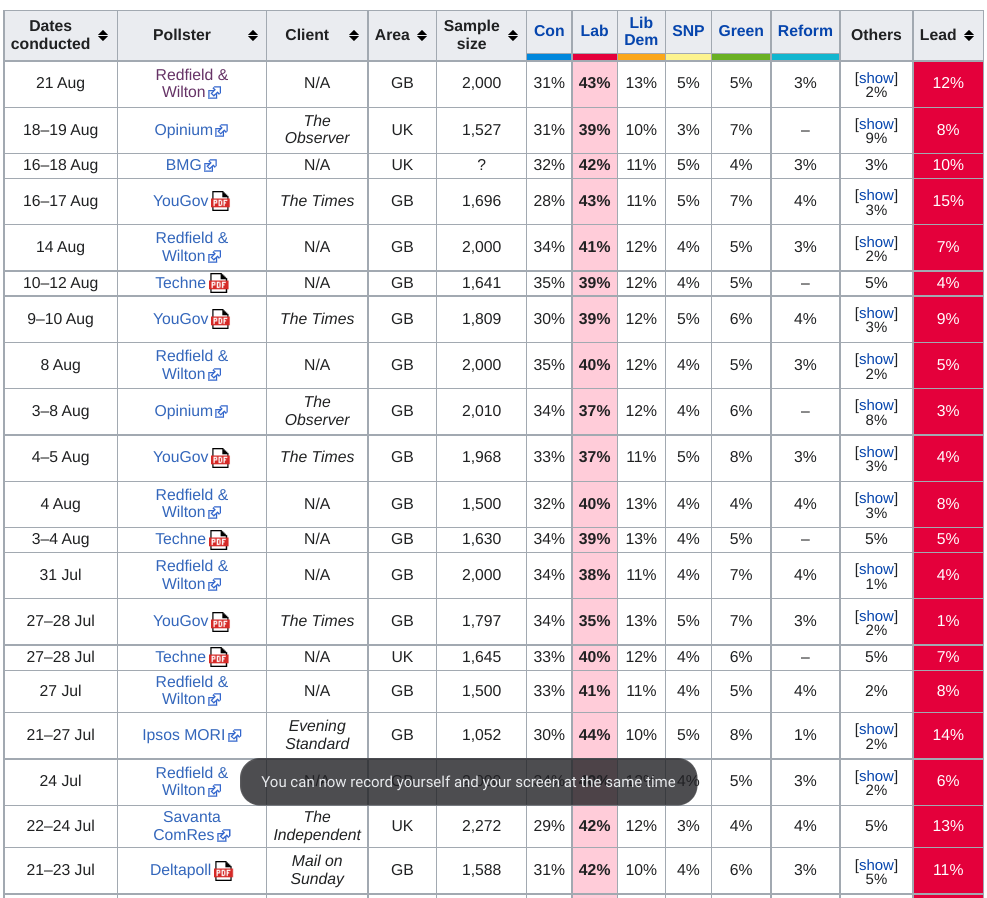 As those who visit the site regularly will know I have a largish bet on the Tories recording a poll lead during September. My reasoning has always been that the new Conservative leader, which we will know on September 6th, is likely to see something of a bounce for the party in the period immediately afterwards.