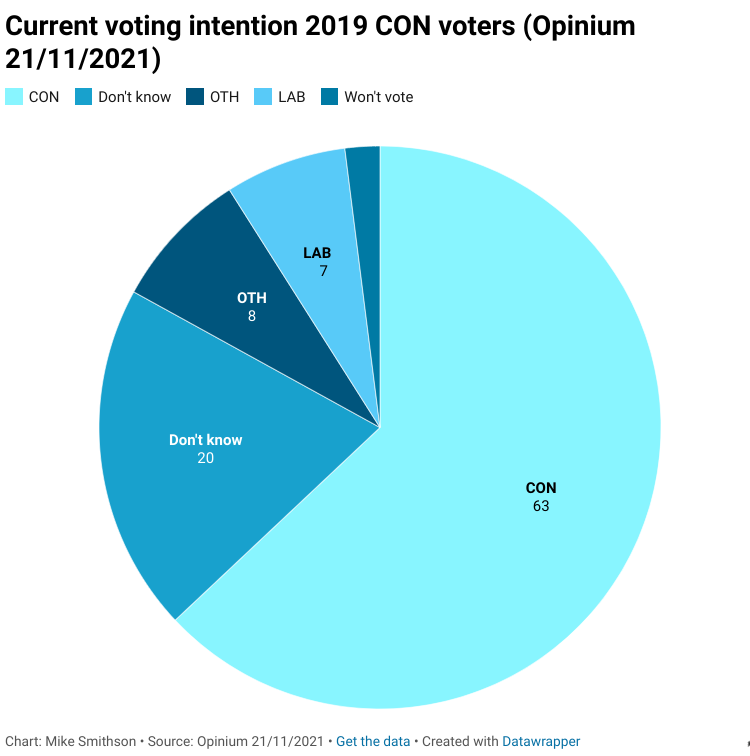 The chart is based on the latest poll from Opinium and shows the current voting intentions of GE2019 CON voters.