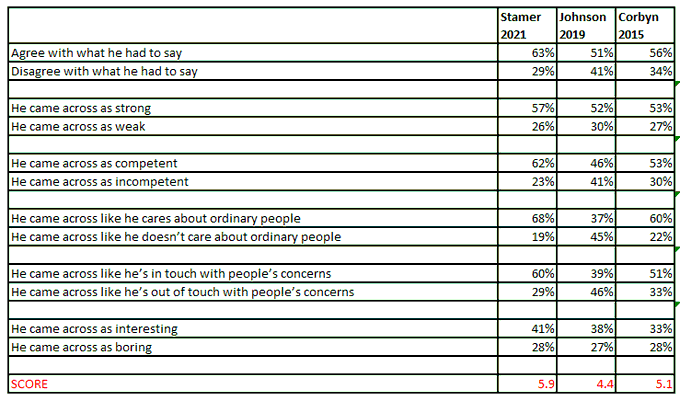 I never know what to make of quickie polls like this but Opinium’s one following yesterday’s Starmer speech look good for the LAB leader especially when compared with first conference speeches from BoJo and Corbyn.