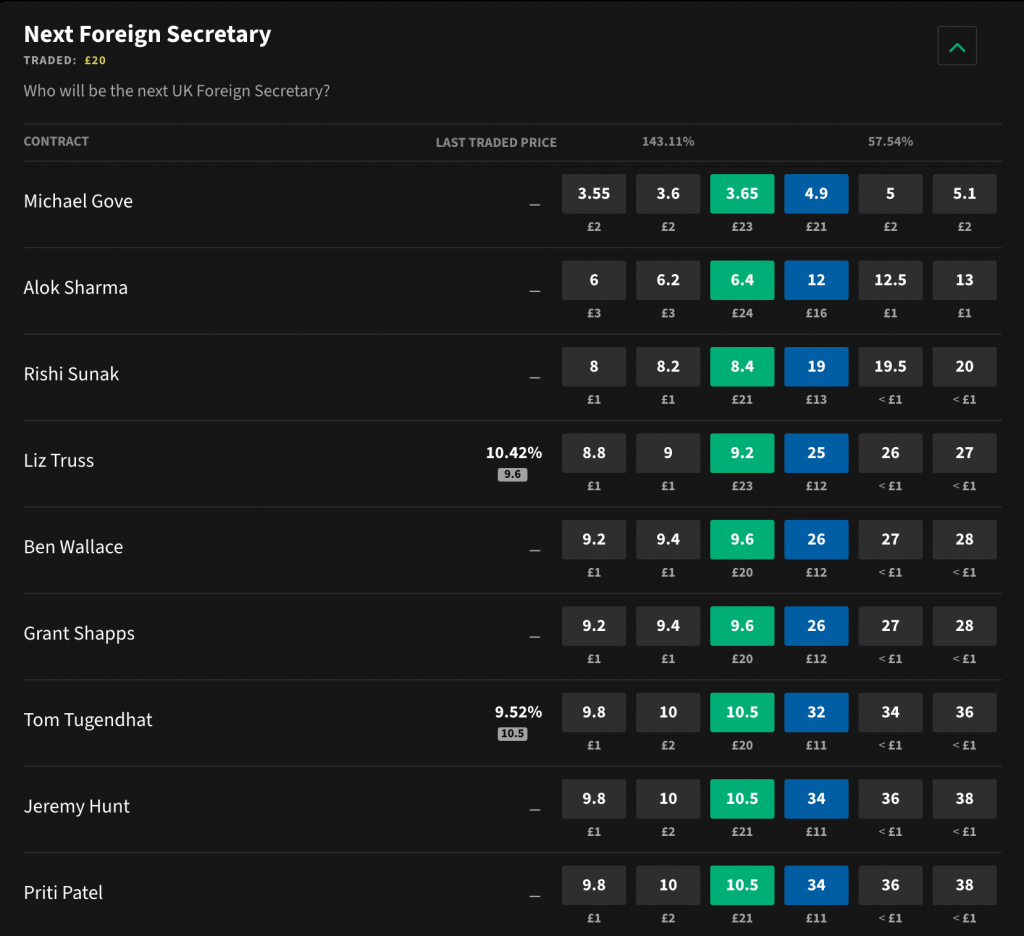 Inevitably there is now a market up on the next Foreign Secretary and this market from Smarkets is worth a look (even if there’s next to no liquidity in it.)