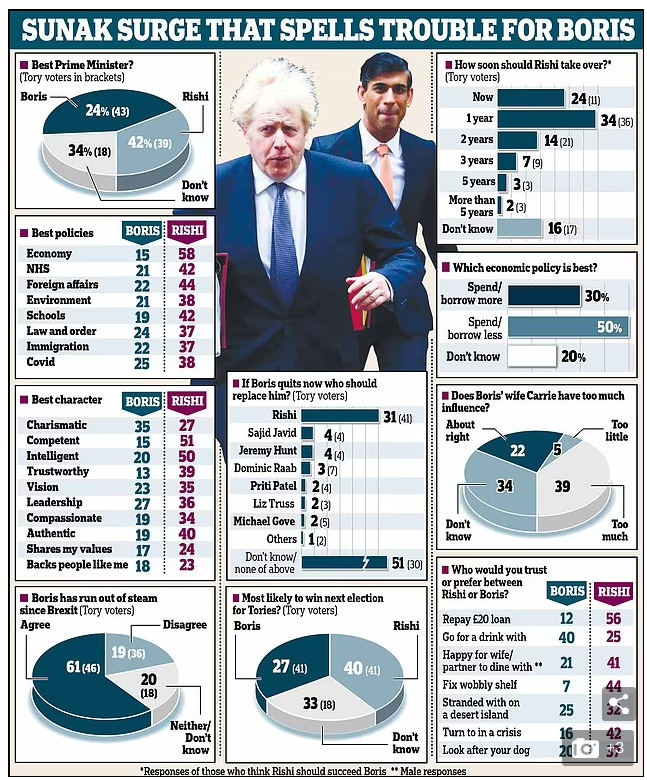 The graphic above is from today’s Daily Mail and has numbers that will seriously worry Downing Street. For as can been seen it suggests that those polled want Rishi Sunak to replace Johnson as PM and for the change to take place if not now then within a year.