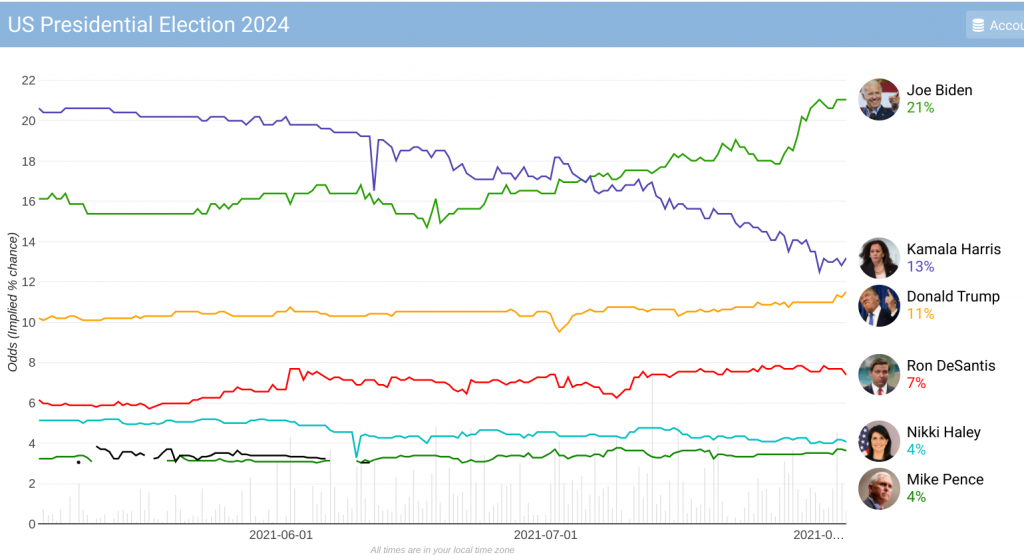 Following on from our discussion yesterday on Joe Biden the chart above shows how punters are increasingly negative about Kamala Harris’s chances of becoming the next President at WH2024. This follows declining poll ratings for the VP and a series of reports suggesting that all is not well in her office.