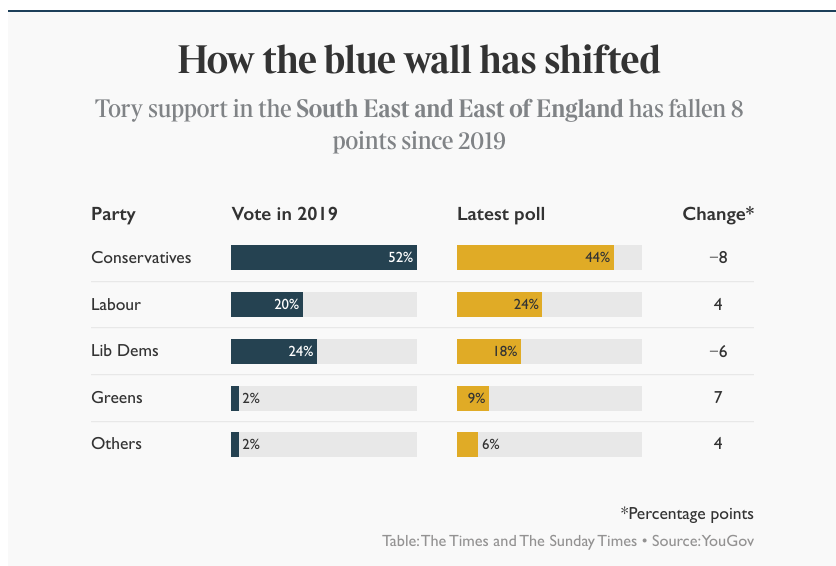 As has been widely reported there’s a YouGov/S Times poll of “blue wall” seats to see the change since GE2019. The outcome is not good for the Tories and suggests that it might be challenging holding on to them and red wall ones at the same time. With the Tories dropping 8% and LAB going up by 4% that equates to a CON to LAB swing of 6%.