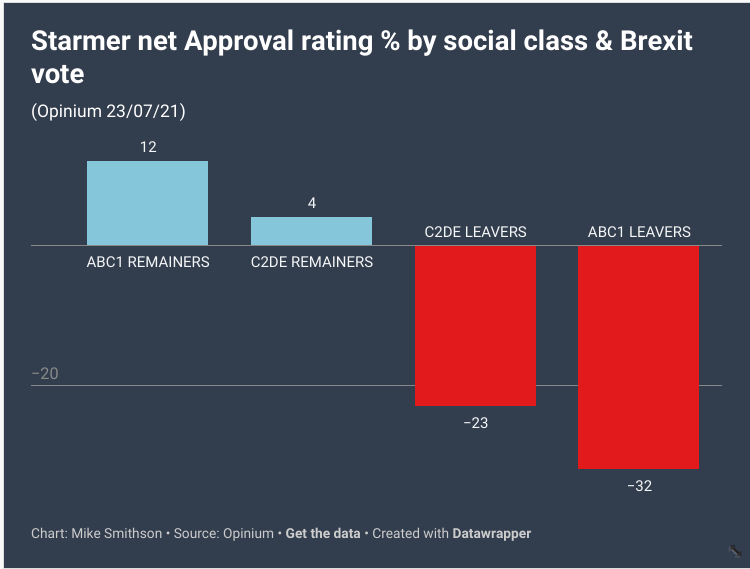 The great Brexit divide – Approval of Johnson and Starmer – by referendum vote and social class – politicalbetting.com