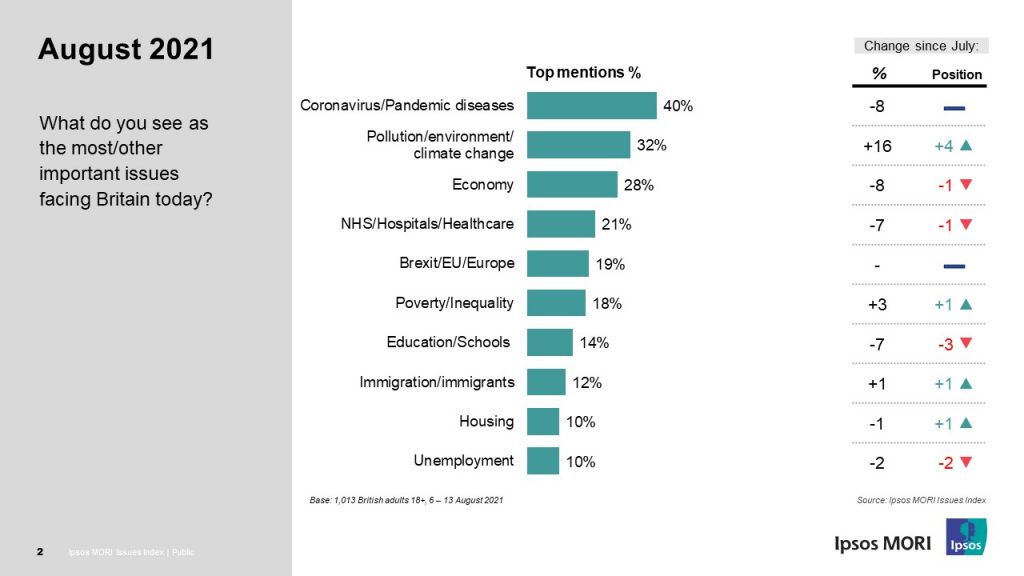 32% say the pollution and environment is a big issue for Britain – the highest score we've recorded since 1989. This is likely a combination of the IPCC report and extreme weather stories we've seen across the world pic.twitter.com/LYAk5FuEUZ