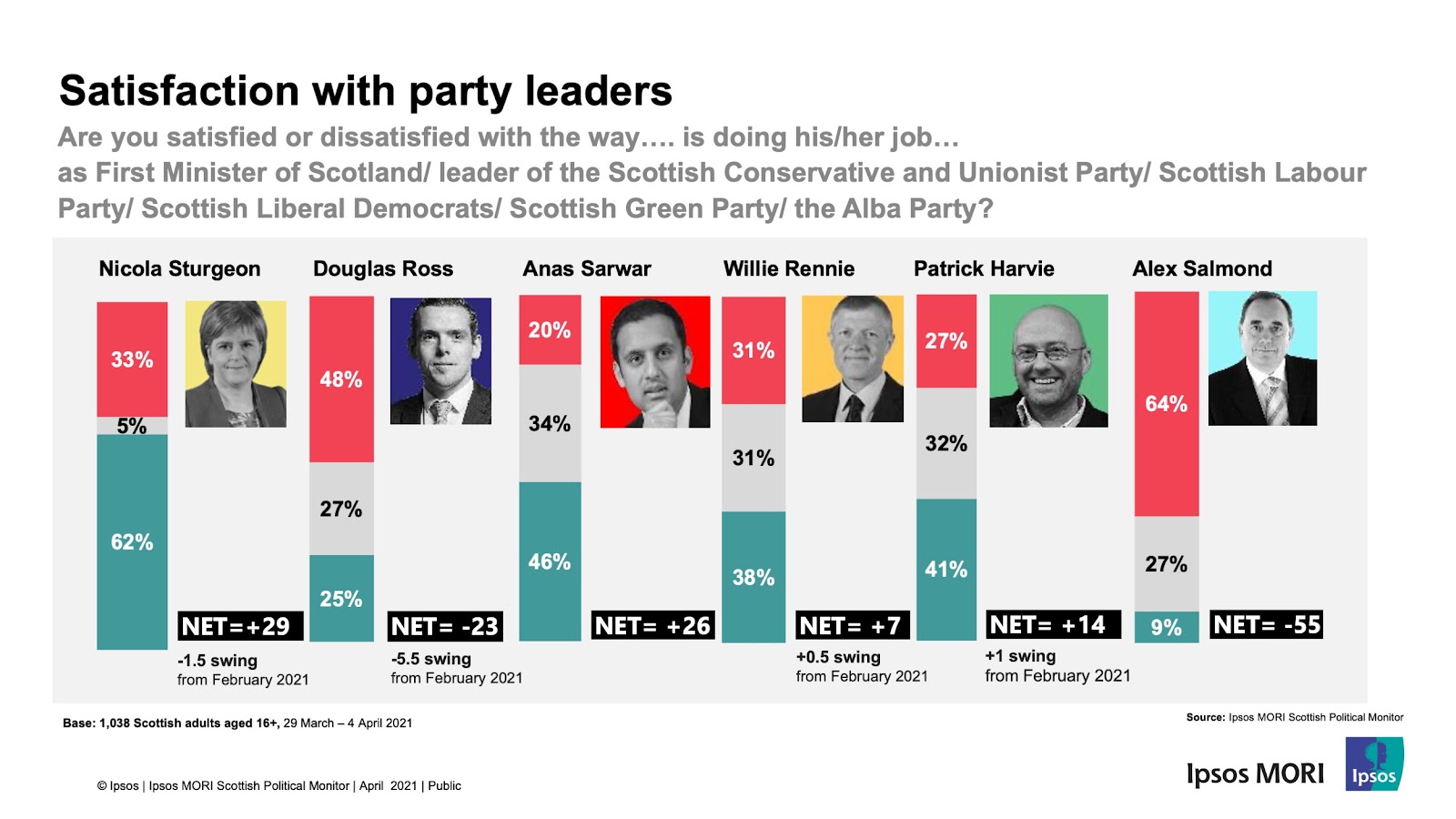 The Scottish leader ratings suggest that LAB might beat the Tories for second place – politicalbetting.com

Ever since the SNP came to power in Scotland at the 2011 Holyrood elections I have paid more notice of leader ratings north of the border than voting intention numbers. Then at this stage the voting polls had SLAB in the lead but the then SNP leader Alex Salmond, totally dominated the leader ratings. On that basis I was posting on here saying that the SNP represented good value to win at odds longer than evens.