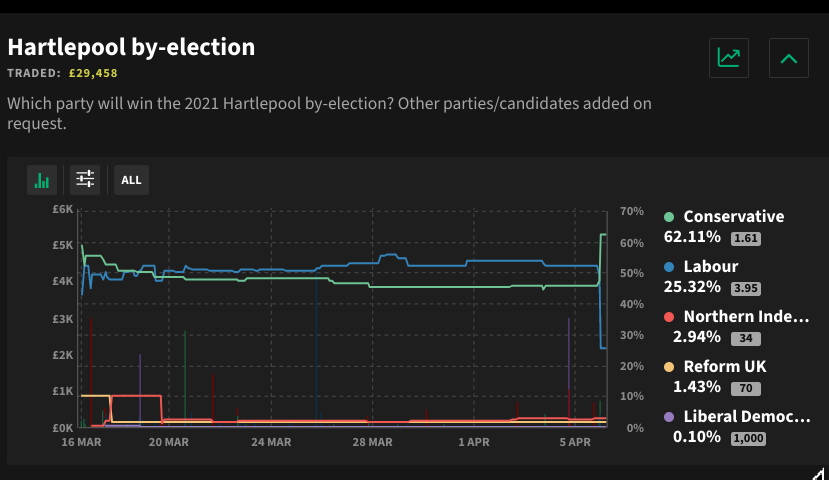 The Tories move to a 62% chance in the Hartlepool betting after a seat poll from Survation has the Tories 7% ahead – politicalbetting.com

The above chart shows the results of a Survation poll, commissioned by the Communications Workers Union, on the May 6th by election in Hartlepool. Like almost all single seat poll it has a small sample which increases the margin or error it was conducted over the phone.