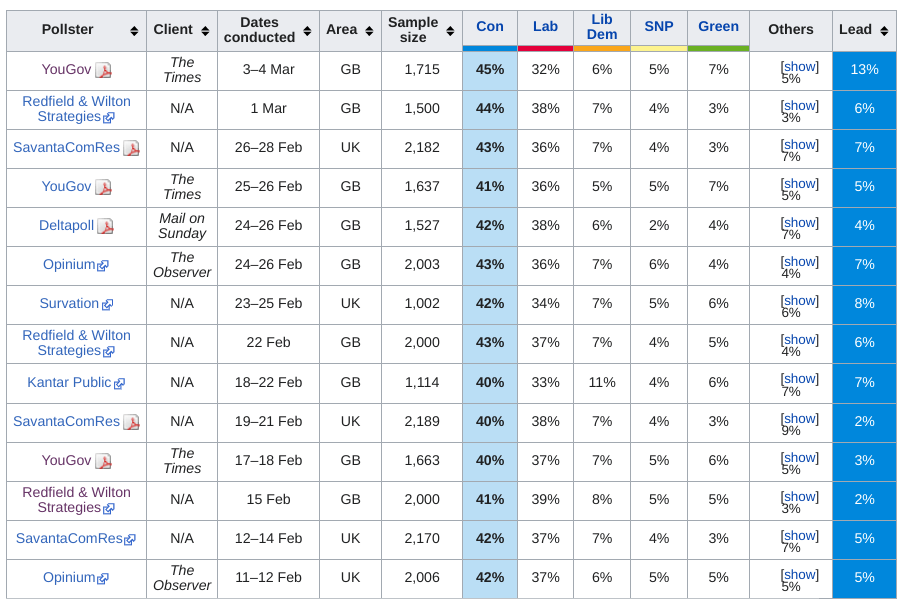 Until the YouGov CON 13% lead is supported by other polling then it should be treated as an outlier – politicalbetting.com

It is now nearly a week since we got YouGov’s shock 13% CON lead poll which was pretty much out of kilter with other polls before it and we have not had another voting survey to indicate whether this pointed to a new trend or was simply an outlier.