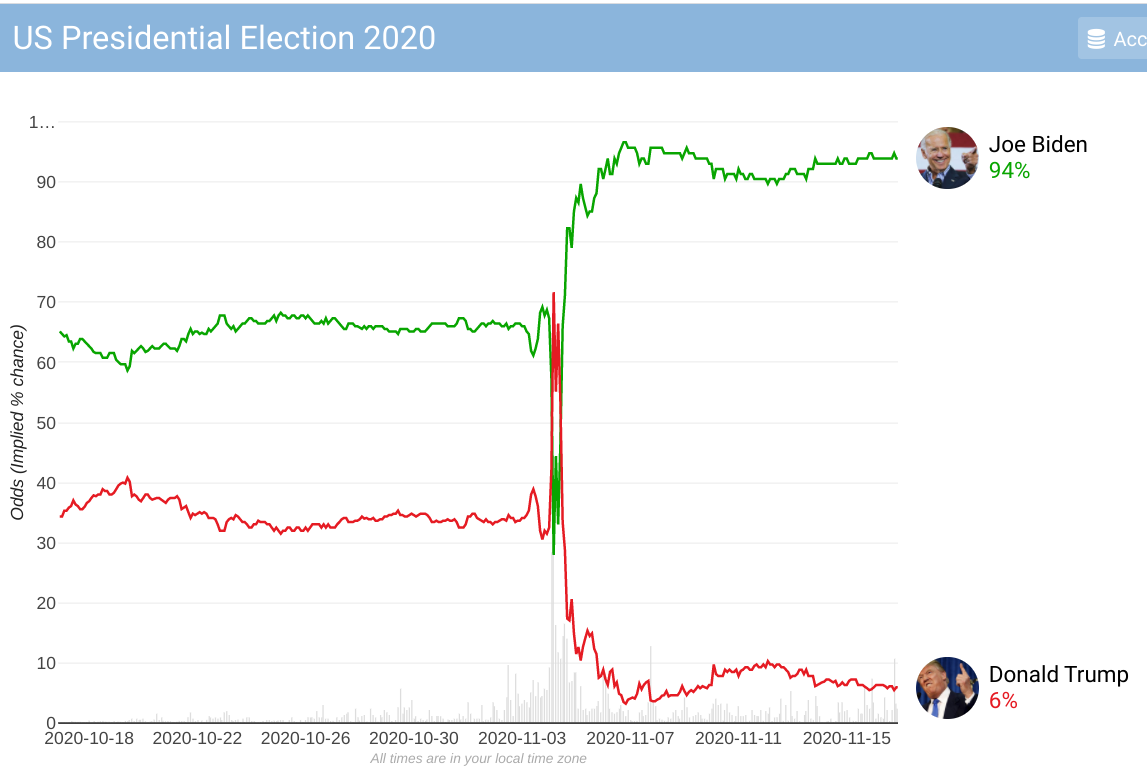 Betfair’s “Next President” market remains open and so far a staggering £696m of bets have been matched – politicalbetting.com