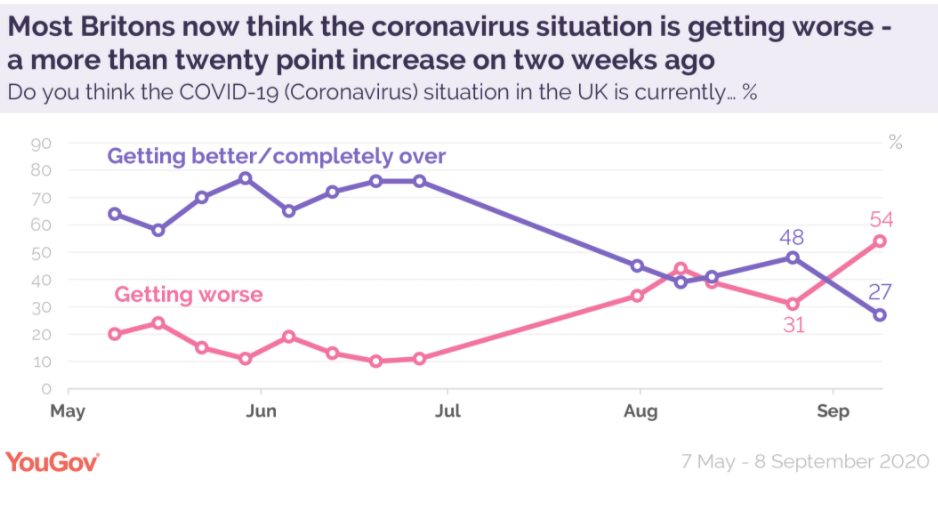 politicalbetting.com » Blog Archive » New YouGov pollings finds that a majority of those sampled think the Covid 19 crisis is getting worse

I find the above chart absolutely fascinating because it shows very dramatically the changes in the public’s perception of how the pandemic is going. We are not back to the May to July period but there has been a lot of movement in in the past few days. A 32% to 54% jump is massive.