Trump slips even further in the WH2024 nomination betting – politicalbetting.com 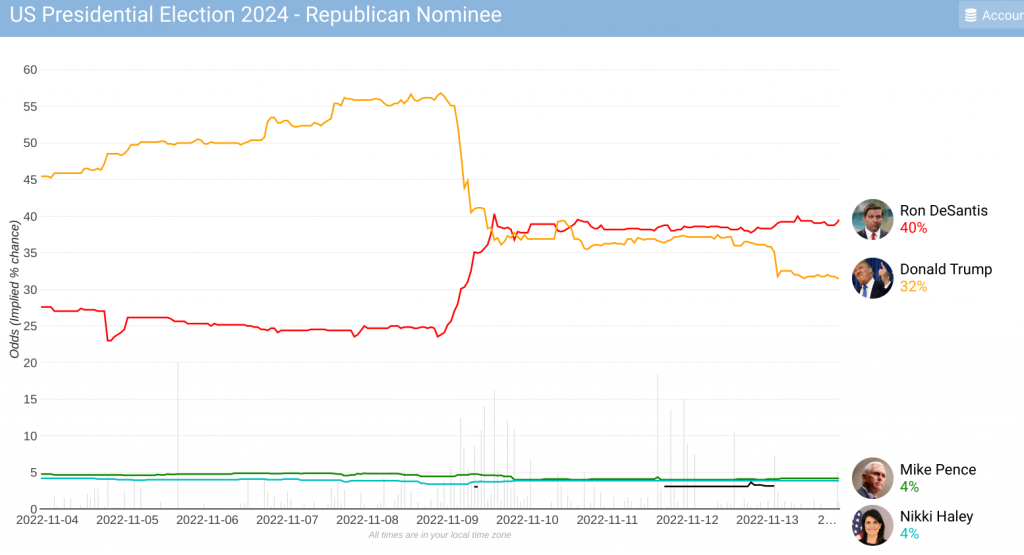 Trump slips even further in the WH2024 nomination betting – politicalbetting.com

The big news in American politics this week looks set to be the announcement promised by Donald Trump on Tuesday about his intentions. The widespread belief is that he will announce that he’s running for the 2024 nomination – something that many senior figures in his party are very much opposed to.