The MidTerms: The staggering amounts of money being spent – politicalbetting.com 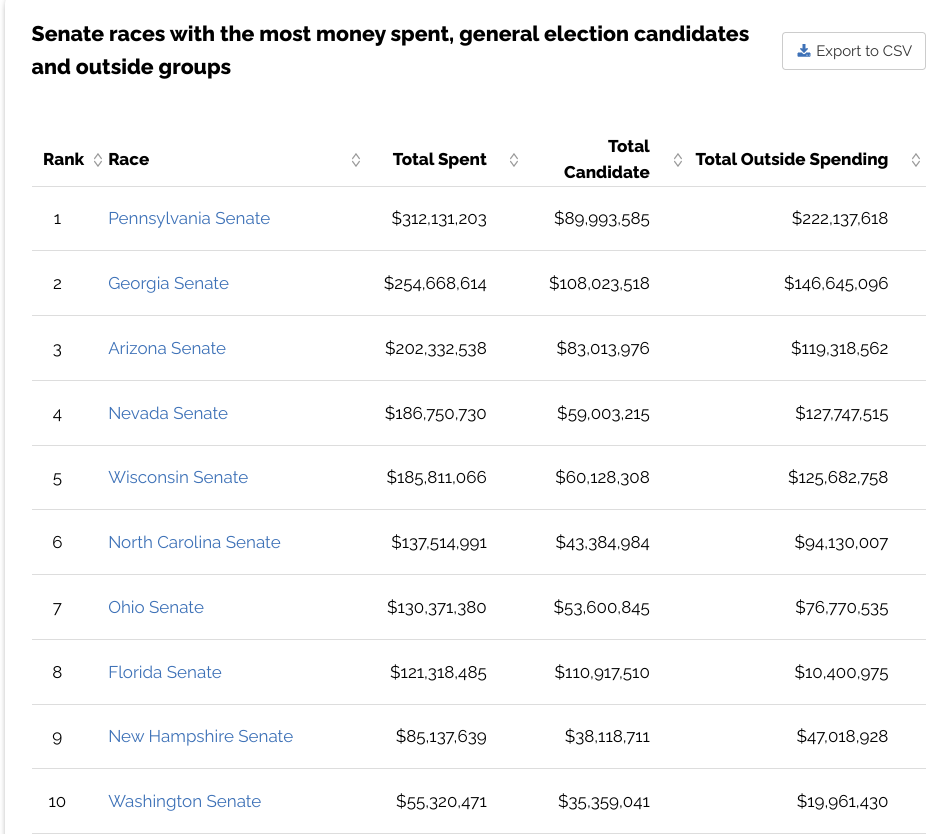 The MidTerms: The staggering amounts of money being spent – politicalbetting.com

I was very struck by the above table showing how much money has been spent on some of the Senate campaigns where voting takes place today.