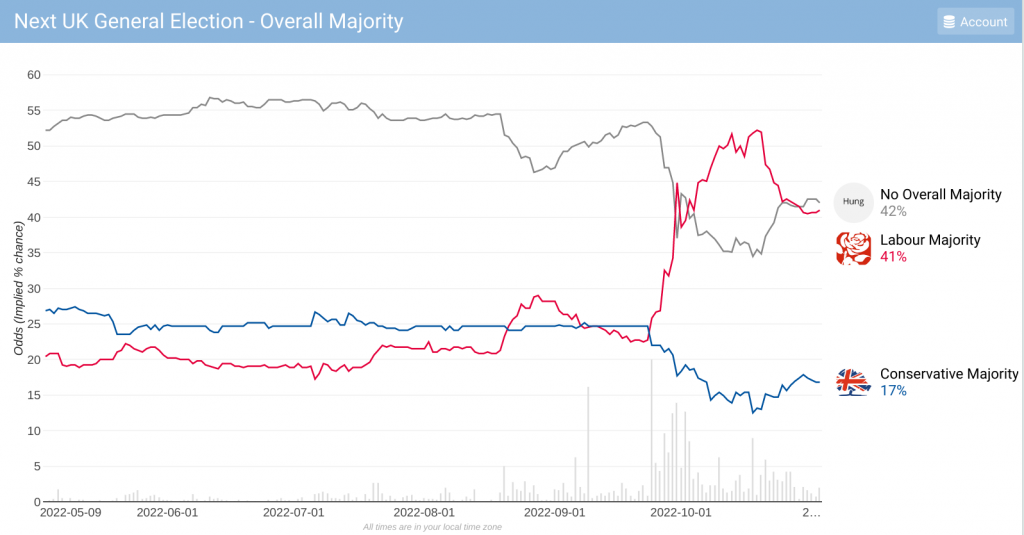 The betting chart shows the movements on the general election outcome that have taken place over the last 6-months.