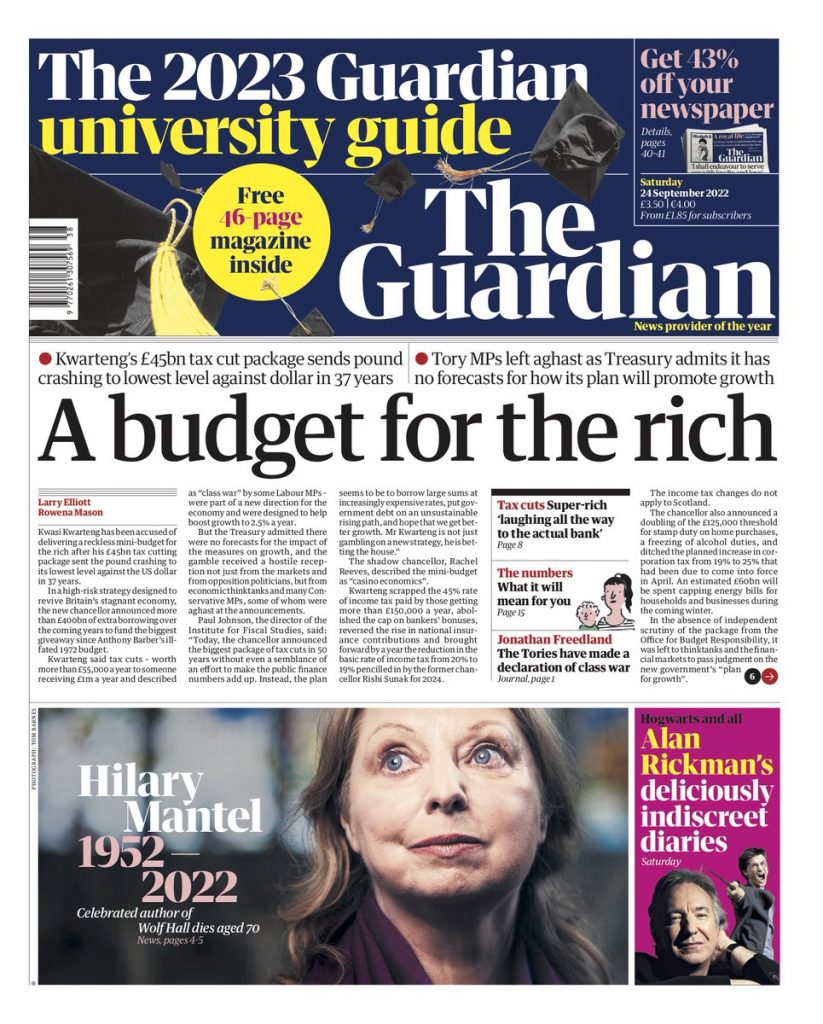 It will be interesting to see what the public reaction is because one would assume that a lot of tax cuts are going to be very popular. The only problem here is that people have been conditioned to the sort of crisis that the government is facing and were expecting the worst not what has actually happened.