Could Biden be triumphant in the MidTerms? – politicalbetting.com 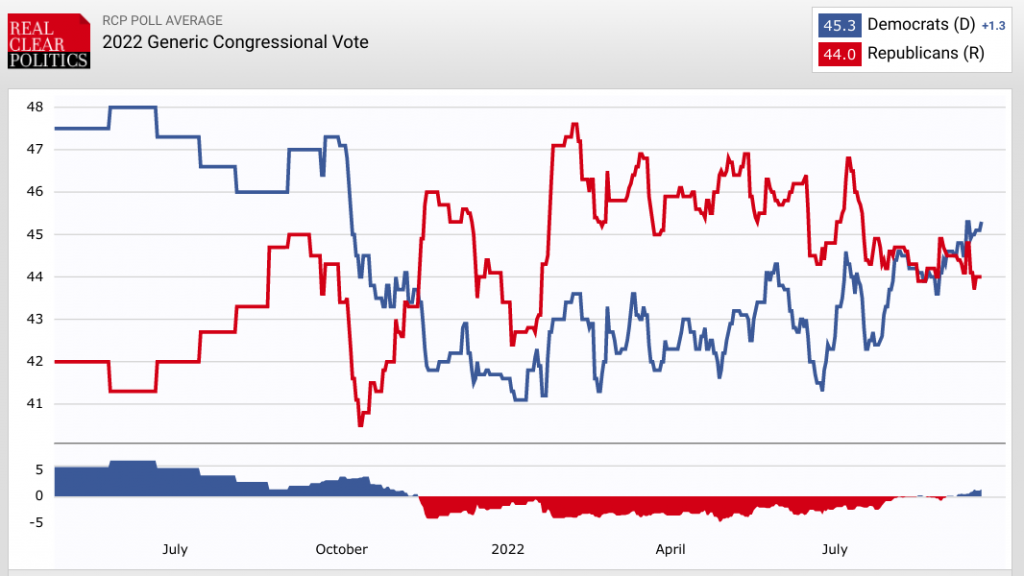 Could Biden be triumphant in the MidTerms? – politicalbetting.com

Of all the elections in the US taking place on November 8th one that is particularly important is for the House of Representatives where currently the Democrats have a small majority. What the polling chart above shows is that for most of the time in the last few months the Republicans have been polling markedly better than the Democrats. This has now changed.