The betting on next PM since BoJo bowed out – politicalbetting.com 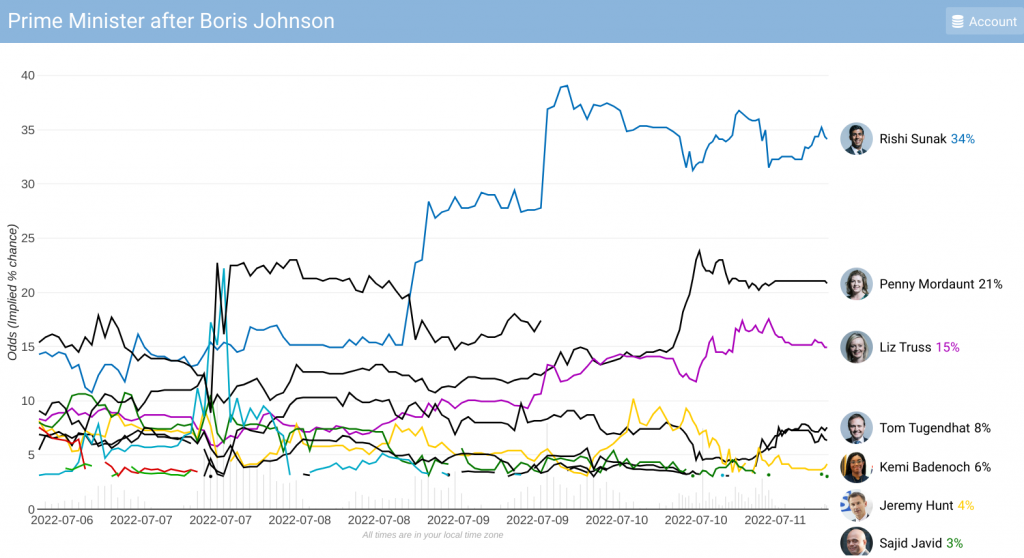 The betting on next PM since BoJo bowed out – politicalbetting.com

Today is a big day in the contest to choose the next CON leader and of course next prime minister. The 1922 committee of Conservative backbench MPs will be meeting later to decide and then announce the various rules of the contest.