Savanta poll: By 58% to 35% the rail strikes are “justified” – politicalbetting.com 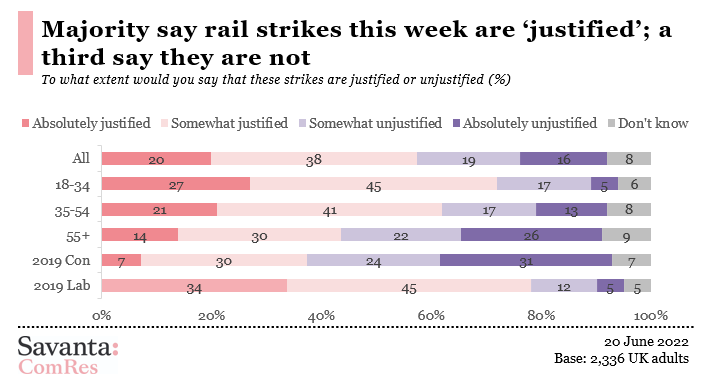 Savanta poll: By 58% to 35% the rail strikes are “justified” – politicalbetting.com

I added the above Savanta poll as an update sometime after the previous post was published and given its findings I thought it was worth a thread in Its own right. For the whole of Ministers’ strategy has been based on the public backing their robust opposition to the rail workers. If Savanta is right then Team Johnson has got this one wrong.