The big worry for LAB and the LDs is Johnson going – politicalbetting.com 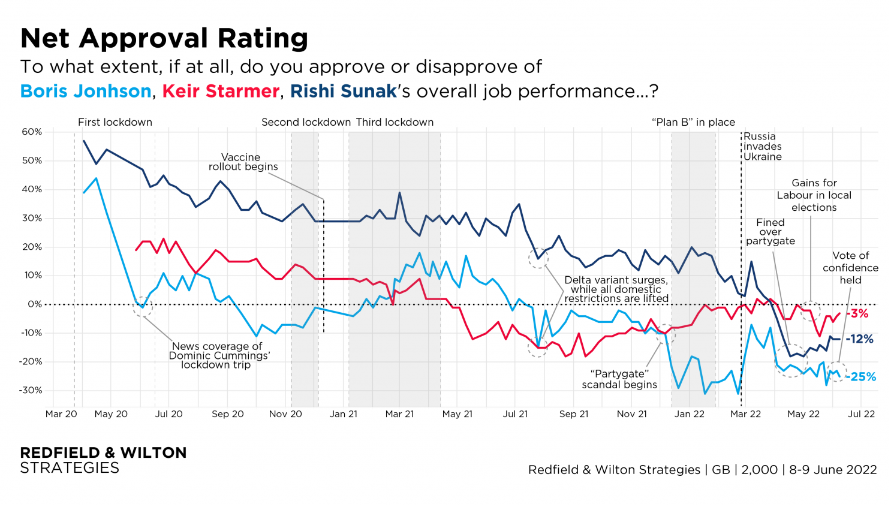 The big worry for LAB and the LDs is Johnson going – politicalbetting.com

The Redfield and Wilton Strategies chart tells the story of the last two and a bit years in UK politics from the perspective of the Johnson and Starmer net approval ratings. The latest poll out today has the LAB leader just in negative territory but a net 22% ahead of the PM.