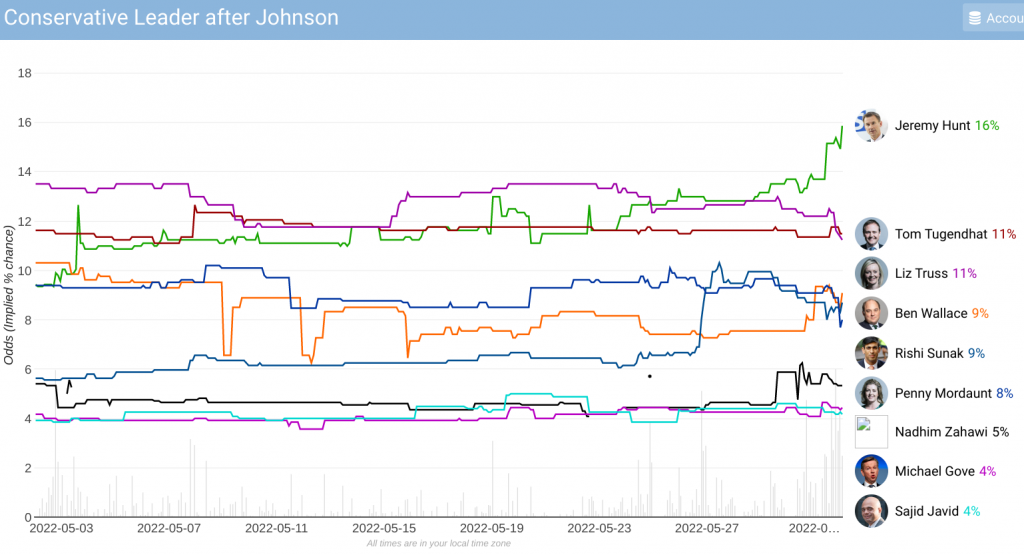 With just a possibility that we might soon be seeing a Conservative leadership contest the former Health Secretary and the one who made the final two last time, Jeremy Hunt, is now the clear favourite.