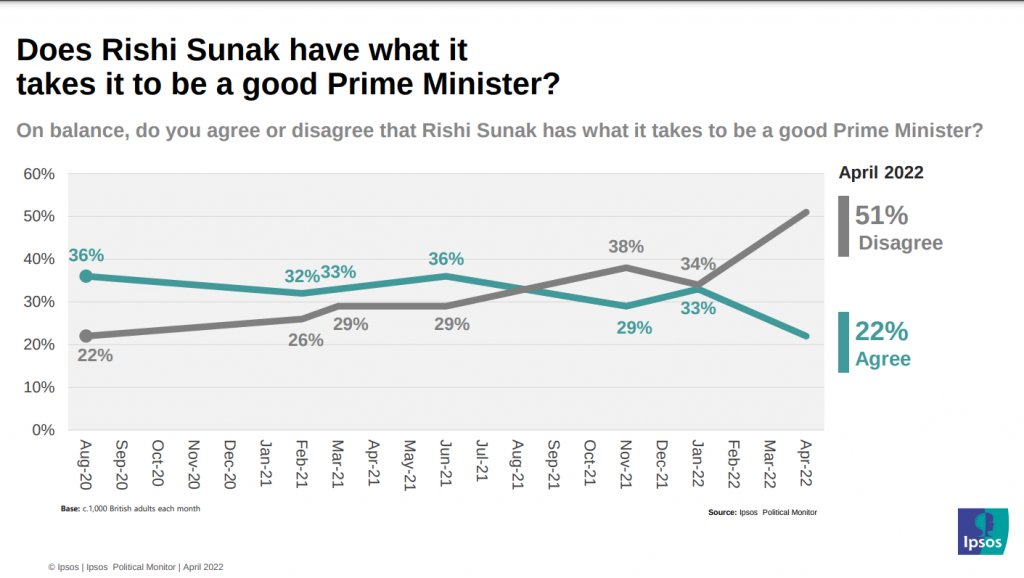 There is a new poll out from Ipsos which has LAB with a 5% lead which is no change. As is the normal practice with the firm their regular poll each month comes out with an array of different charts and analyses. The one I am highlighting above shows the quite extraordinary change in the fortunes of Rishi Sunak since August 2020.