The Locals 2022: An invitation to PBers – politicalbetting.com 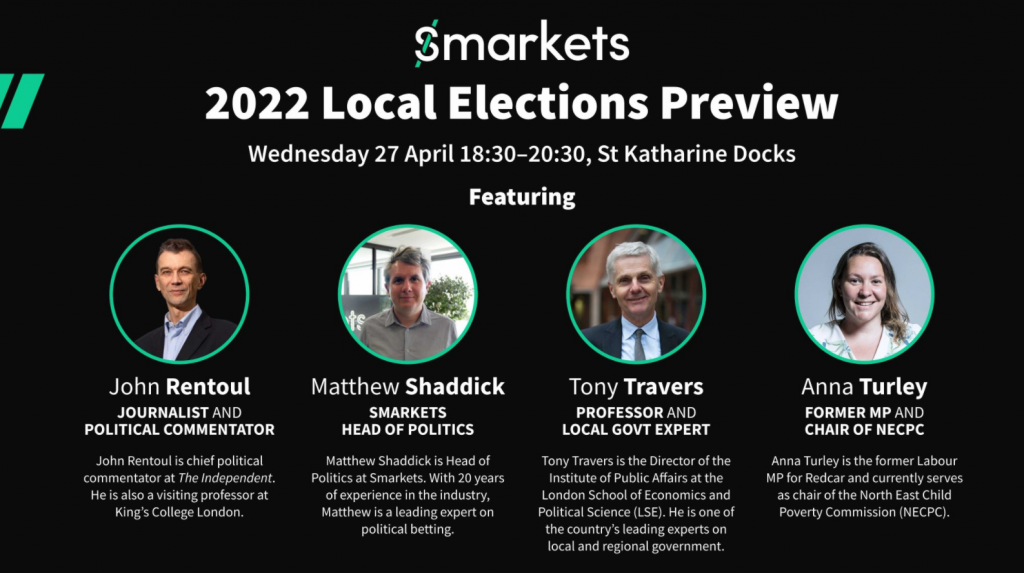 The Locals 2022: An invitation to PBers – politicalbetting.com

The Smarkets betting exchange is staging an event next Wednesday, April 27th, on this year’s local elections. These take place a fortnight today on May 5th. The venue will be at the Smarkets offices in London where last month PB held its 18th birthday party.