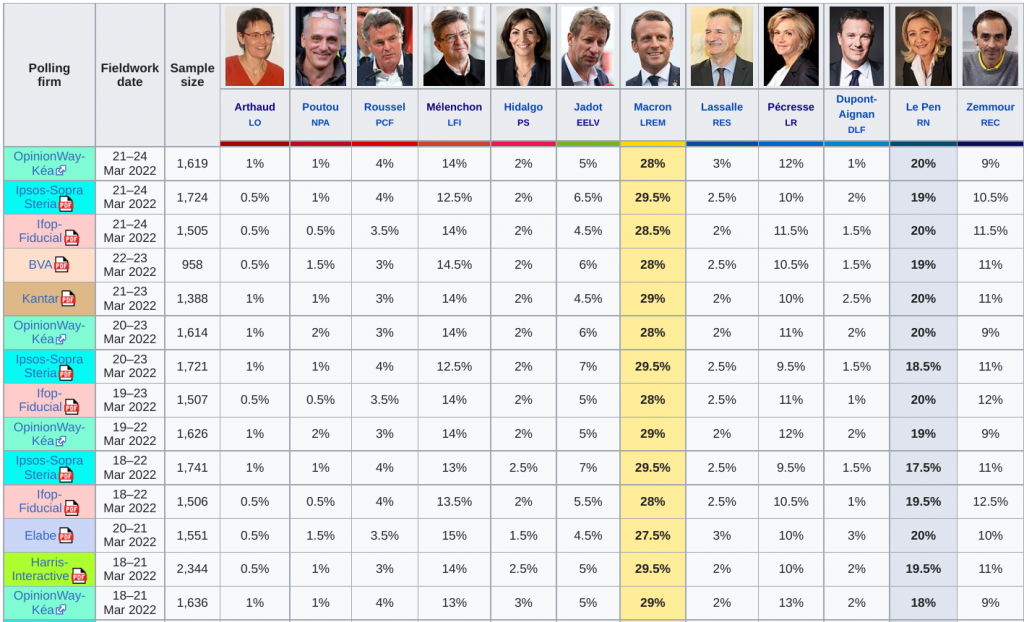 The thing to remember about French presidential elections is how important tactical voting can be in the first round. A total of 12 managed to get themselves onto the ballot for the first round of voting on April 10th and the big question is whether or not the hard right candidate ,Le Penn, could be squeezed off the second round.