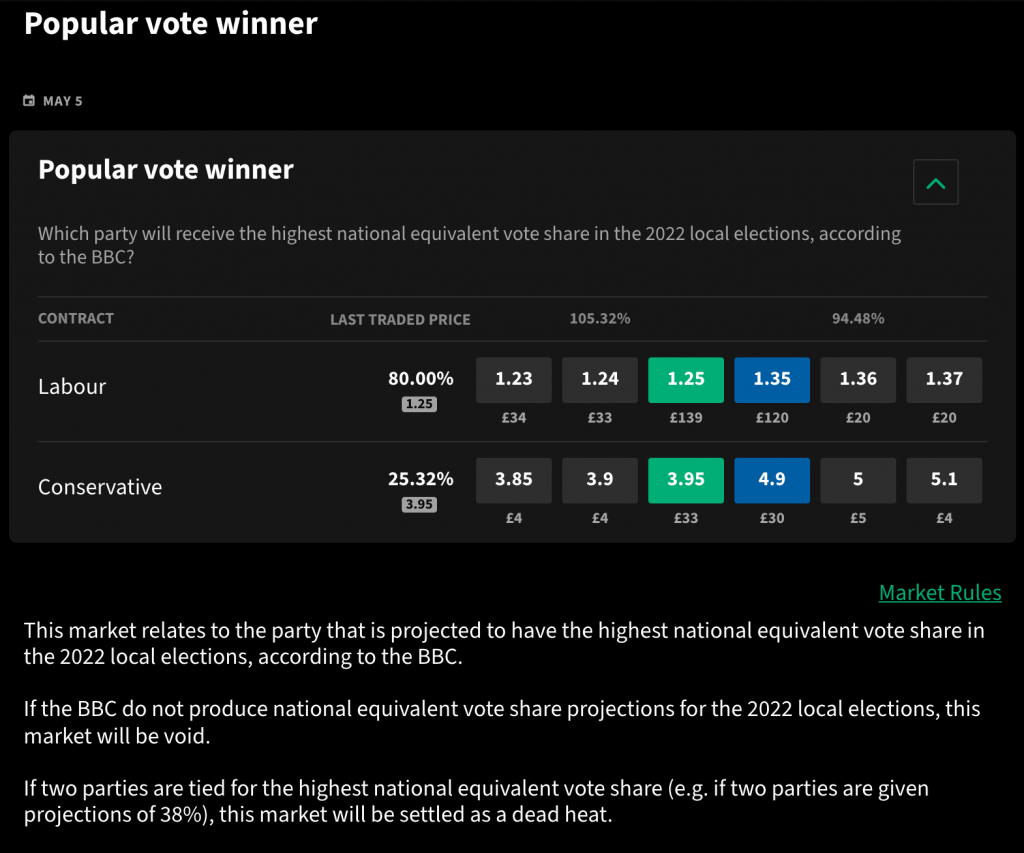 Looking ahead to 2022 one period where Boris Johnson might be at most risk this year will be in the aftermath of May’s local elections, helpfully Smarkets have a market up on these crucial local elections.