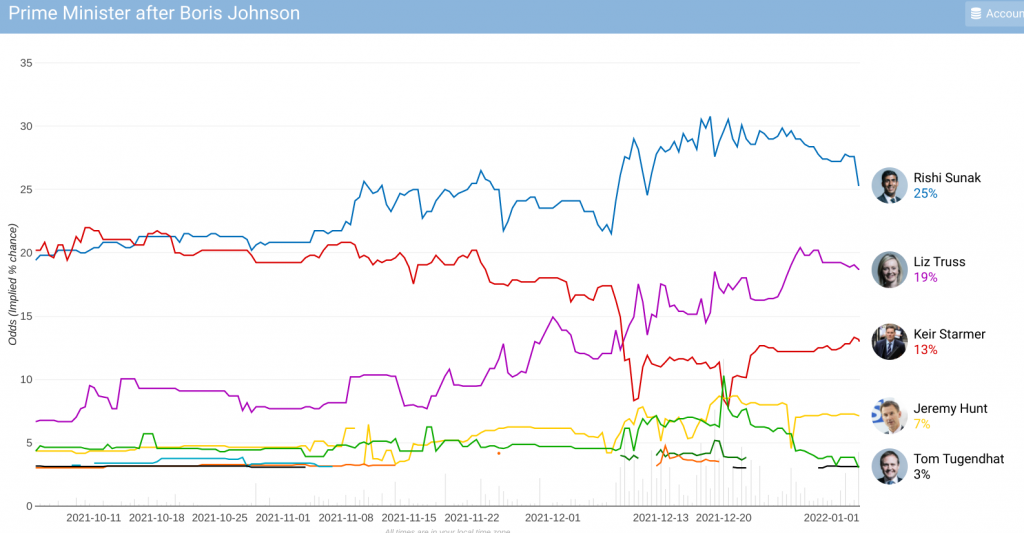 The Betdata.io chart shows the movements on Betfair in the next CON leader betting and as can be seen the big mover has been Liz Truss – who is now Foreign Secretary.