Burnham is overpriced as the 22% favourite to succeed Starmer – politicalbetting.com 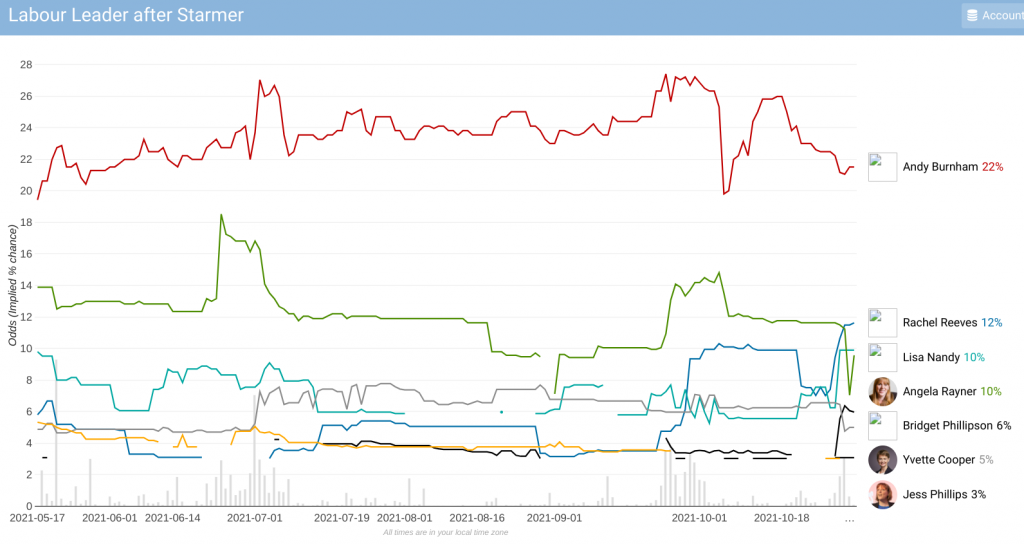 Burnham is overpriced as the 22% favourite to succeed Starmer – politicalbetting.com

I have made this point before but I will make it again that punters are over rating Andy Burnham’s chances of becoming the next Labour leader. In my view he is favourite in the betting almost solely on the basis that he has higher name recognition and he has competed for the job twice before.