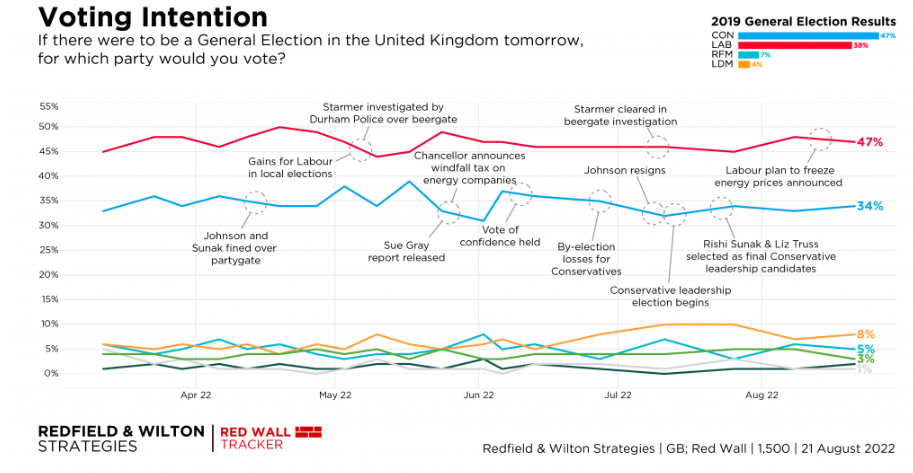 Of the 40 seats that R&K include in the poll the Tories gained 39 at GE2019. The other seat polled, Hartlepool, was picked up by ‘Johnson’s party in the by-election last year.