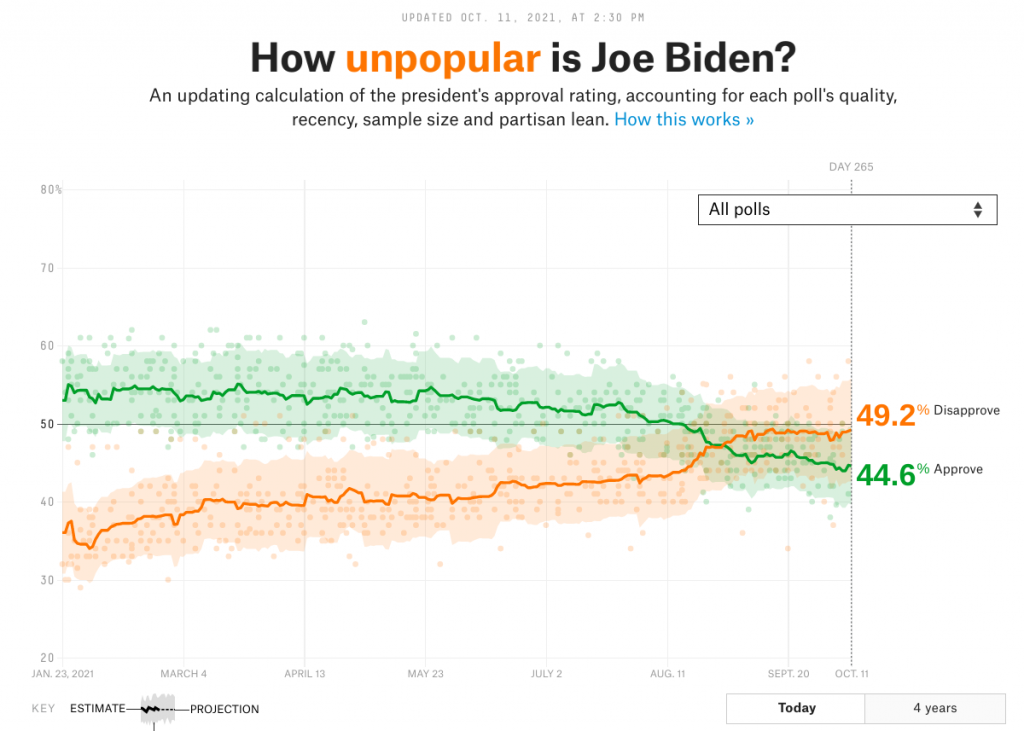 In poll oafter poll in the past week the messagev has been coming from American voters that they disapprove of Biden. One group which has seen a big hall in support is from indpendent voters who played such a role in helping him beat Trump eleven months ago.