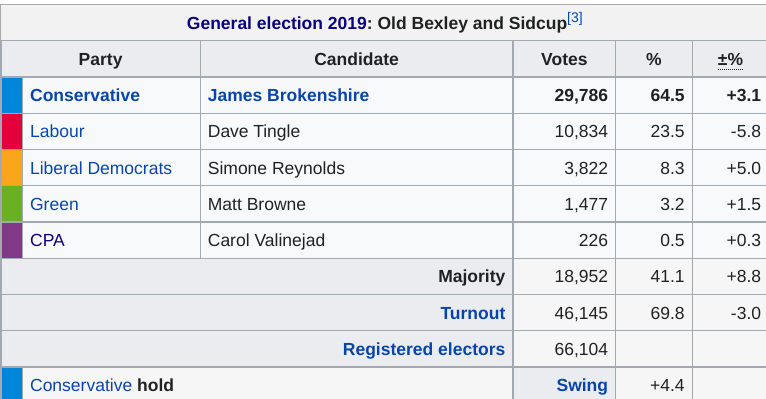 Following the very sad demise at such a young age of James Brokenshire we now have another Conservative Westminster by-election defence in the offing. The GE2019 outcome from Old Bexley and Sidcup makes it look a very safe seat indeed and it would be a sensation if the Tories do not hold on.