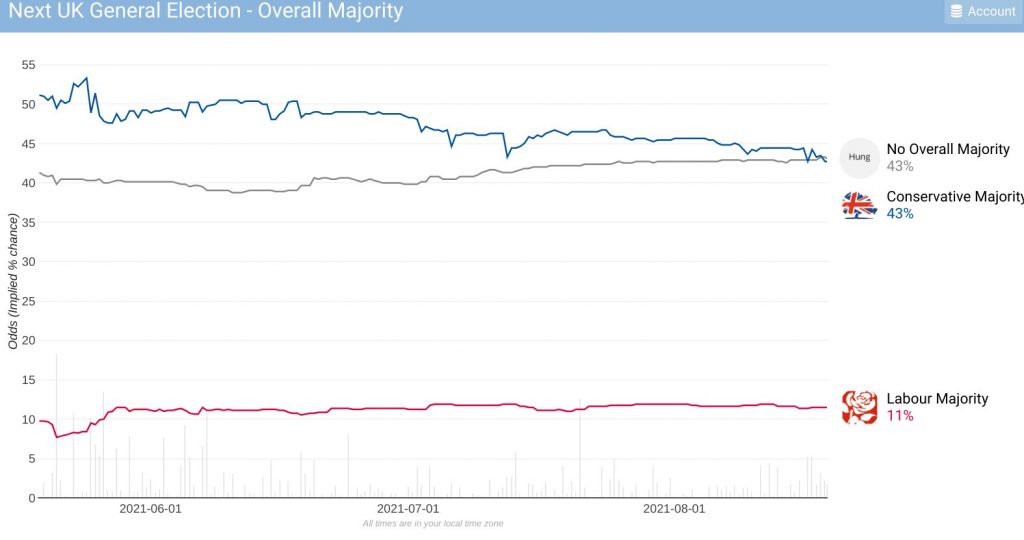 There’s been a little of movement on a few betting markets in reaction to the latest developments in Afghanistan. Probably the most significant is above on the outcome of the next election.