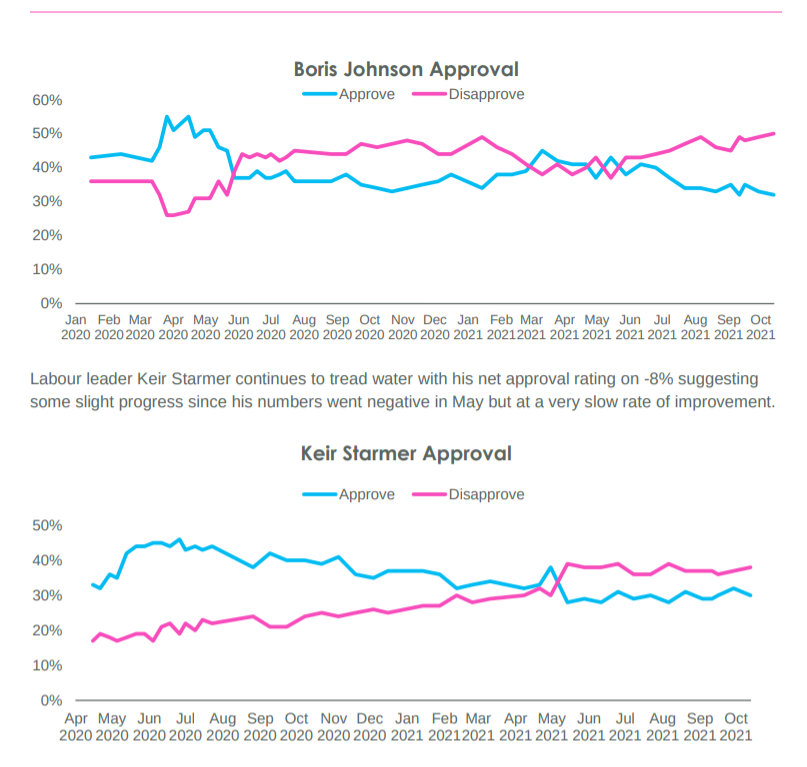 Boris Johnson’s approval rating as prime minister with Opinium has reached net -18% (32% approve, 50% disapprove), the lowest since the 2019 general election.