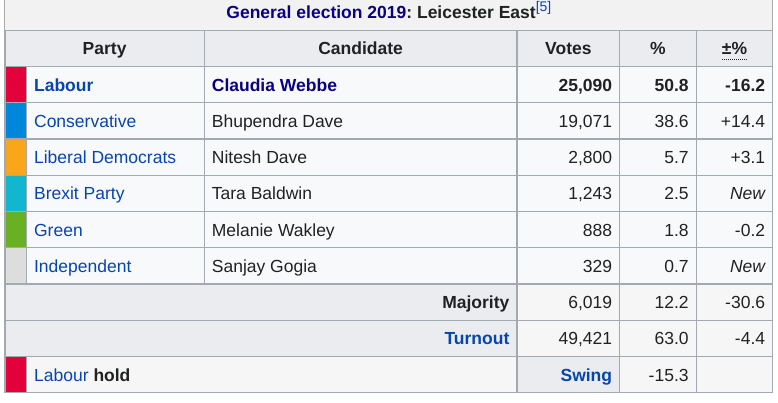 Labour is calling on Leicester East MP Claudia Webbe to quit her seat after she was found guilty of a campaign of harassment including threatening an acid attack. At GE2019 she stood for Labour in Leicester East but now is an independent.