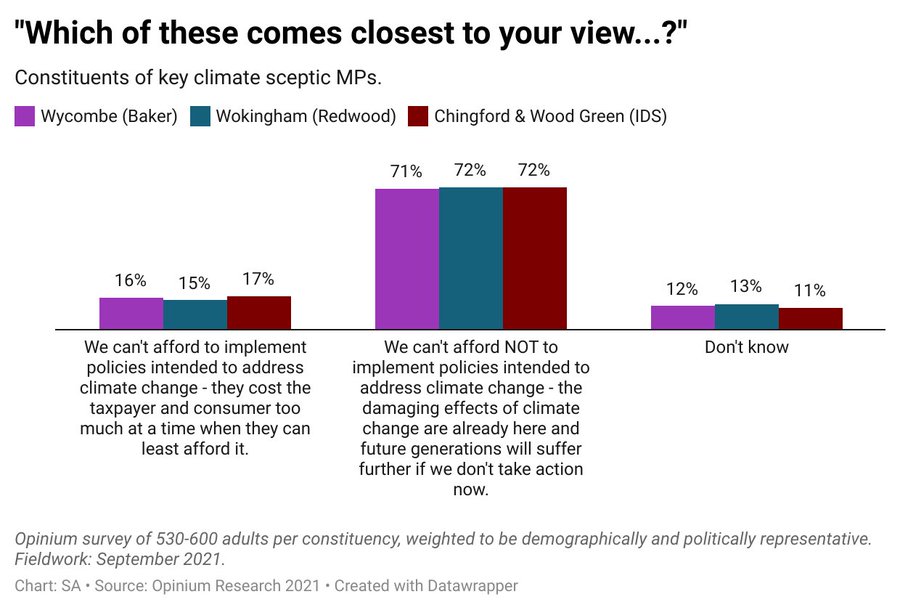 The above polling commissioned by Greenpeace represents an interesting approach to campaigning particularly because in two of the seats, Wokingham and Wycome, the incumbent MPs are out of step with their constituents as well on Brexit and they both faced strong challenges at GE2019.