The odds here on Boris staying till 2024 should be longer – politicalbetting.com 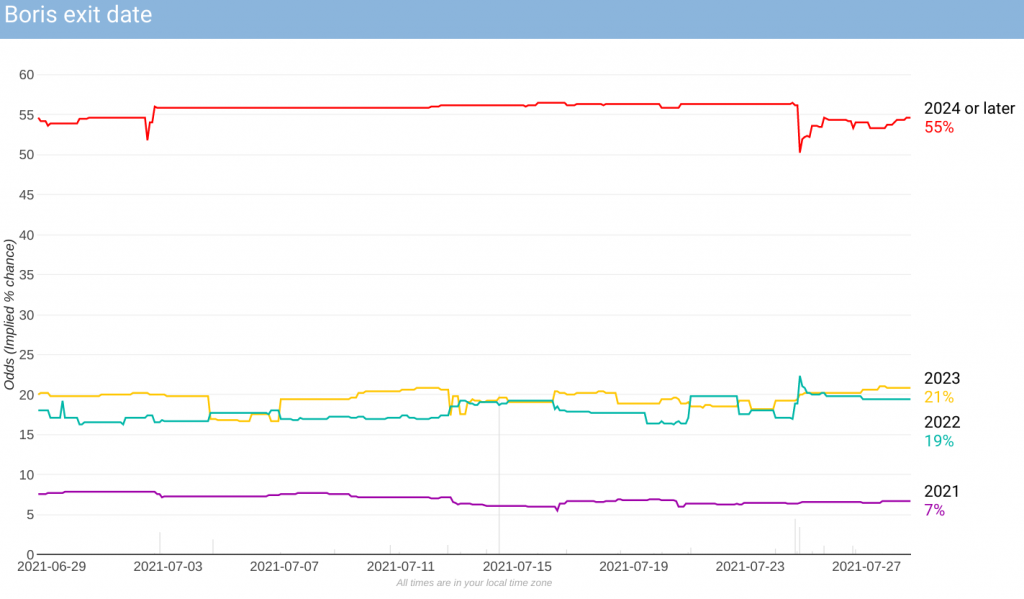 The odds here on Boris staying till 2024 should be longer – politicalbetting.com

One of the big political betting features of the past couple of months is how much the betting markets over-stated Tory chances of retaining Chesham & Amersham and taking Batley & Spen. For long periods with the former there was a lot of money going the Tories as a 95% chance and even on the eve of the election you could have got 10/1 or better with Betfair on the LDs.