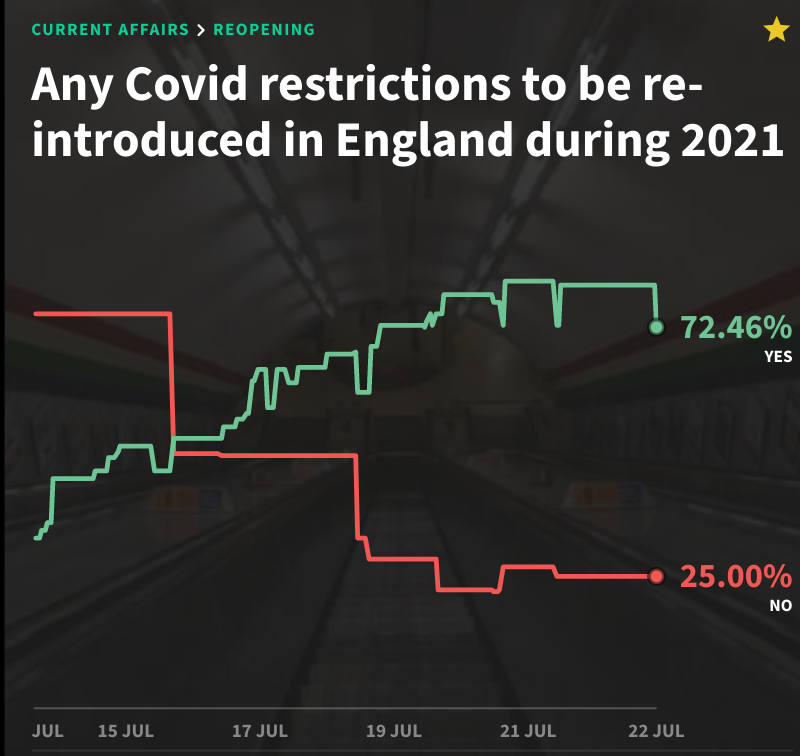 BoJo says is won’t happen Punters make it a 72% further restrictions will come in this year – politicalbetting.com

One of the more interesting betting markets at the moment is the above from Smarkets on whether there is going to be any reintroduction of COVID restrictions.