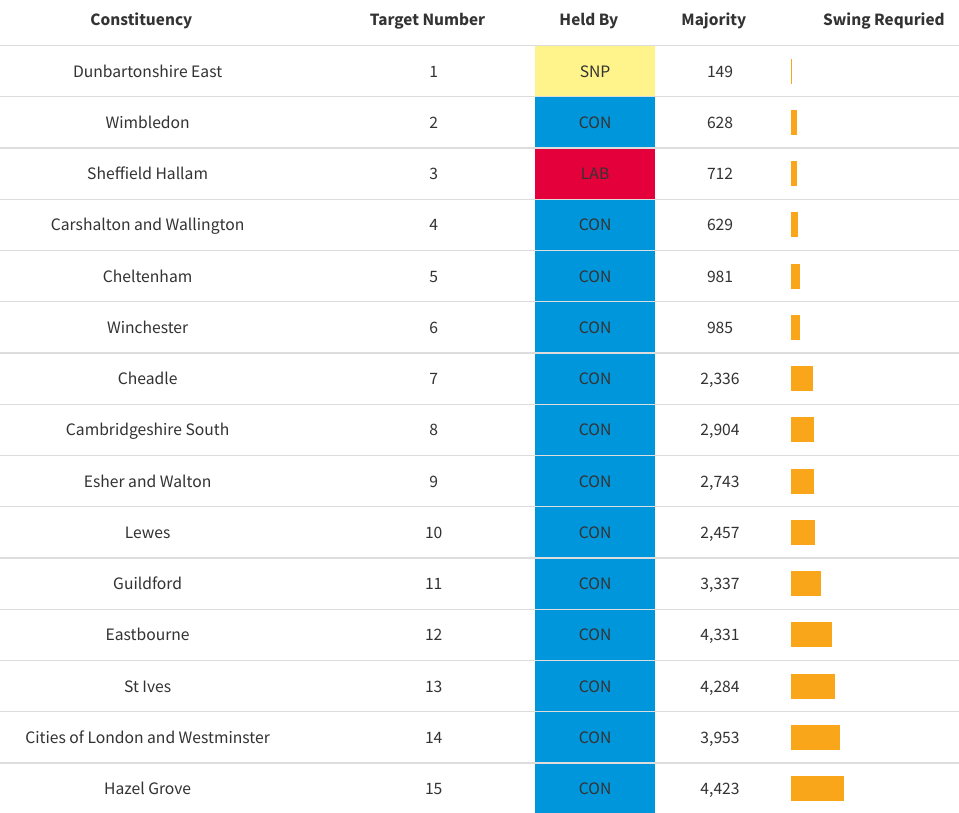 BoJo’s Tories are arguably more vulnerable to the LDs at the next election than LAB – politicalbetting.com

Thanks to the excellent Election Maps site for the list of LD targets. It has produced charts like the above for all the parties based on what happened at GE2019.